BSA BOARD ACCUSED OF INCONSISTENCY 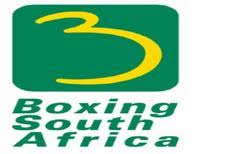 Members of the board of Boxing South Africa (BSA) have been accused of bending over to accommodate a promoter, who allegedly owes BSA a substantial amount in levies.
A source with full knowledge of the matter alleges that the BSA board pushed for the sanctioning of Ayanda Matiti’s Xaba Promotions tournament even though he allegedly owes BSA. The tournament is going to be held at the East London International Convention Centre (ICC) on Friday, 21 May.
The source added that the BSA board has ordered Matiti to pay only R30 000 instead of the 50 percent of the money his promotional outfit owes just like it was the case with Rumble Africa Promotions (RAP) chairman Teris Ntutu, who was instructed to pay half of what RAP owed before BSA sanctioned his tournament, which took place at the Boardwalk Hotel and Casino in Gqeberha on Saturday, 24 April.
“Most of the board members are captured that’s why he is only paying R30 000. The board members argued that the tournament must go ahead because of the sponsors,” the source said.
The source also added that sanctioning committee chairperson Sakhiwo Sodo is the one who started the push for the tournament to be given the go ahead.
BSA board chairman Luthando Jack was reluctant to talk only saying that he considers it unethical to discuss this matter with the media.
“Look, it’s unethical to discuss with the media who owes or doesn’t owe BSA. As a chair I don’t comment on these matters because I consider those to be unethical,” Jack said.
On the other hand, Sodo said: “The decision that was taken by the board was unanimous. I abide by the chair’s decision not to discuss individual promoters with the media.”
An aggrieved Ntutu is hopping mad and has vowed not to pay the balance of what he owes BSA.
“We were ordered to pay 50 percent of what we owed BSA or our tournament was not going to be sanctioned. We obliged and paid hoping that we were going to pay the balance after our tournament,” Ntutu said.
“We have since found out that some promoters are forced to pay while some are given the go ahead to stage tournaments without paying a cent. We have realised that there is no consistency. So we have told them that we are not going to pay the balance. We will go to court if we have to.”
Ntutu added that they had to cut boxers’ purses in order for them to pay BSA, a decision he now regrets.
“We had to negotiate with poor boxers and paid them less. Boxers needed the money more than this fumbling organisation. Boxers are the only people you negotiate with because you can’t negotiate with ring officials as their fees are regulated by sanctioning bodies,” Ntutu said.
Matiti, meanwhile, said: “This is my promotion. It belongs to me, not BSA, boxers or fans. I took a license voluntarily and alone. If I could calculate my contribution to the sport, I have spent millions. For boxing I would never go an extra mile. If it happens, it happens. I’m not shaken.
“I’m very clear. I have contributed personally, out of my own family coffers, millions more than I’m said to be owing. That debt is a legal debt that is within the regulations that are founded to be unjust and unconstitutional.”