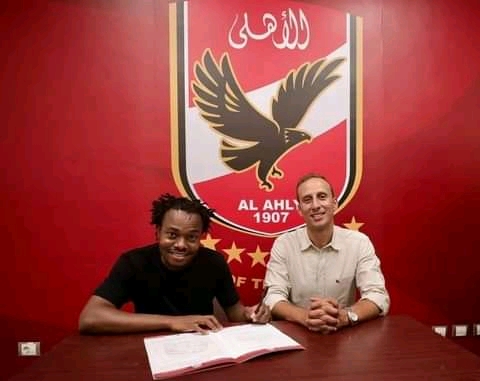 Percy Tau has concluded his move from English Premier League side Brighton and Hove Albion to Egyptian giants Al Ahly.
The reigning CAF Champions League kings confirmed Tau as their player on Thursday.
The former Mamelodi Sundowns attacking midfielder has committed himself to the Red Devils for four years.
The 27-year-old Tau has reunited with Pitso Mosimane, who was his coach at Sundowns.
Emalahleni-born Tau joined Brighton from Sundowns on a four-year contract in 2018. The English club kept loaning him out until they called him back last season.
Meanwhile, the Red Devils have also signed Mozambican midfielder Luis Miquissone from Tanzanian side Simba SC and Karim Fouad, a defender who played for ENPPI.