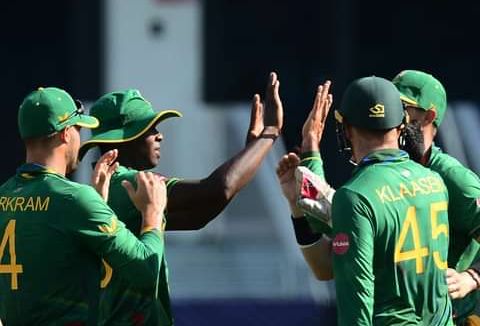 The Proteas beat the West Indies by eight wickets in their second group stages match at the T20 World Cup at the Dubai International Cricket Stadium in Dubai, United Arab Emirates (UAE), on Tuesday afternoon.

Chasing 144 runs in 20 overs, the Proteas reached the target with 10 balls to spare. The West Indians had posted 143 for eight in 20 overs with Even Lewis knocking 56 off 36 balls.

Meanwhile, the Proteas played without their wicketkeeper Quinton de Kock, who withdrew from the match day squad on the eleventh hour.