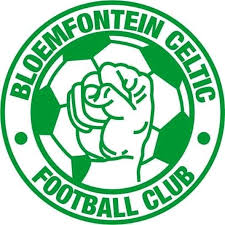 Bloemfontein Celtic coach John Maduka is hoping that lady luck is
going to smile on Siwelele when they come up against Orlando Pirates
in the final of the MTN8 at the Moses Mabhida Stadium in Durban on
Saturday (18h00).

This is the second cup final that Maduka has led Phunya Sele Sele to
in three months with Celtic having lost 1-0 to Mamelodi Sundowns in
the Nedbank Cup final last season.

”Our preparations have been going very well. We expect a very tough
game against Pirates. We know it’s not going to be easy, but we
believe in the squad we have,” said Maduka.

Even though he believes that Celtic have what it takes to win the
final, the former Malawian is cautious about playing against the
Buccaneers.

”They have been playing good football and have played so many games
unbeaten. That alone tells you that it’s not going to be an easy game.
We know exactly what we are going to face,” the former Celtic and
Bush Bucks midfielder said.

”We will play the game according to our plan and enjoy it. This is
our second final in two, three months or so. It’s very important to
win this one. It is a very important game for us, with the squad we
have we are capable of competing with anyone.

Maduka has admitted that some of his players suffered from stage
fright when they lost to Sundowns in the Nedbank Cup final. He has,
however, added that Saturday’s encounter against Pirates is going to
be a different ball game.

”In the first one you could see that it was a very big stage for the
players as it was the first time they played in a final. Going into
this one that game is gonna help us. It’s gonna be totally different
to the one we played against Sundowns,” Maduka said.

Maduka has made it clear that he knows that most football followers
expect Pirates to win the game something which he has said that it’s a
plus for Celtic.

”We are going there as underdogs, most of the people expect Pirates
to beat us. The pressure is not on us, it’s on Pirates. Us as a team
we have planned well and prepared to compete against them,” he said.

Meanwhile, Maduka has revealed that it has been hectic at Celtic
because of the COVID-19 pandemic where they have had frequent tests.