FROM STICK FIGHTING TO FISTIC SPORT 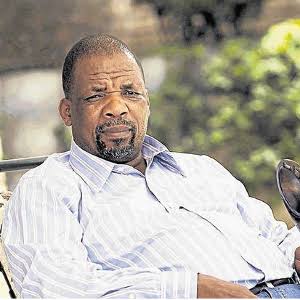 Never in his wildest dreams did the late Mzimasi ‘Bro Mzi’ Mnguni think he would be involved in boxing, let alone gaining legendary status as a trainer and promoter of the fistic sport.

Mnguni, who battled ill-health since he suffered a stroke in 2014, passed away at 06h20 on Saturday morning. He was 73.

Growing up in rural Eastern Cape where stick fighting was a popular game among village boys, it was then natural that Mnguni became a stick fighter competing with other boys along the banks of the Tyhume River in Alice.

That was before the bright lights of Johannesburg beckoned and Mnguni, who was a second born in a family of three boys and three girls, left his rural Alice home in search of greener pastures more than five decades ago.

His younger brother Sihle, who is one of the three remaining siblings of the deceased, said ‘Bro Mzi’ was a rural oke through and through.

“Bro Mzi was a rural boy, so to speak. He did everything rural boys did. He was a stick fighter and a good hunter, too. Bro Mzi never thought he would be involved in boxing,’ Sihle told Ink Sport.

Mnguni, who swore by the maroon and white colours of Moroka Swallows, spent more than 10 years working as a driver in Johannesburg while he was staying with relatives in Mofolo North, Soweto.

Mnguni, who was popularly known as Planga in Eastern Cape boxing circles, fell in love with East London following a short visit with the late legendary theatre producer Gibson Kente during the 1970s.

After settling in East London, Alice-born Mnguni was hit by the boxing bug. That was the era of the late Nkosana ‘‘Happyboy’’ Mgxaji, who earned legendary status in South African boxing despite not having won a world title.

As a trainer, Mnguni led the quintet to world boxing glory winning titles with them. Not only did Mnguni produce other world champions, he also led boxers to South African national championship glory as well.

‘‘I would like to thank Rodney Berman, who made me and made my champions. He promoted lots of my champions and it’s because of him that they became world champions,’’ Mnguni whose clan name was Jola, said at the time.

‘‘I would also like to thank my boxers as well. I always told them that we made each other. They have families because of me and I’m also known throughout the world of boxing because of them. I know that I’m not going to be in this world for a long time, however, I still want to produce more champions.’’