‘PRACTISE WHAT YOU PREACH, HARRY’ – SITYATA 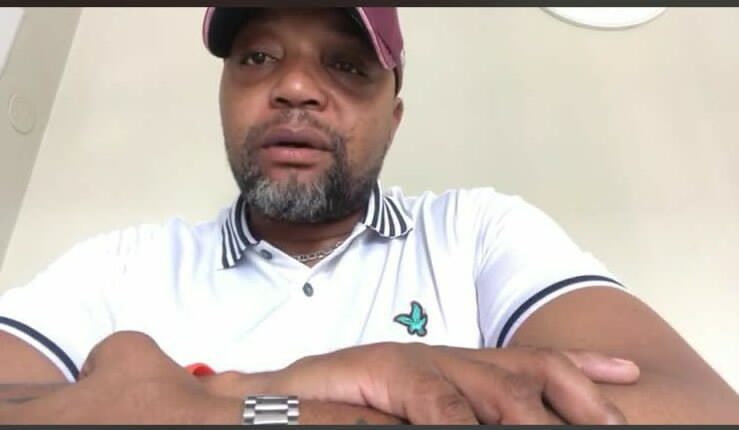 Former world champion Lwandile ‘Angel’ Sityata from Mdantsane is jabbing at Harry Ramogoadi-Manaka and has asked him to practise what he preaches.

Ramogoadi-Manaka recorded the video after Nathan had said that Azinga ‘Golden Boy’ Fuzile, who left HotBox to rejoin his former trainer Mzamo ‘Chief’ Njekanye last month, still has a managerial contract with him.

“This is a quick message for Colin Nathan. Colin my friend, I hope you find this, I hope this finds you. I saw a video of you hounding and talking about Azinga owing you and this and that. Whatever piece of paper that was signed between you and Azinga, can I ask you for a favour? Take that piece of paper and chuck it in the bin and forget about it,” Ramogoadi-Manaka said in the video.

“Let Azinga go back to his trainer, his original trainer so that this man and Azinga can rekindle that relationship. Now you want to go again and deprive him another opportunity to earn. What you don’t realise you are unsettling the relationship. Imagine if Azinga goes and loses again because his mind is not in the right place. You took away from the man, you took away from me, I walked away. Colin, we are in this game for the same reason. Let us earn money. We’ve got families to look after, we’ve got school fees to pay. Let me give you a suggestion, go to people who need help, don’t take from them.”
Sityata, a former International Boxing Organisation (IBO) junior-bantamweight champion, has accused Ramogoadi of refusing to return his five belts claiming he owes him money.

At issue is 25 percent of the purse Sityata earned when he fought and lost to South African bantamweight champion Ronald Malindi in East London in March 2020.

“Harry mustn’t act holy here. He is interfering with a case, which he is not involved in. He claims I owe him 25 percent from the purse I received after fighting against Malindi. Harry knows that he did nothing and didn’t even train me in the build-up to the fight. He didn’t even do managerial duties before the fight. I took the money and paid debts I incurred while preparing for the Malindi fight. I only gave him R2 000. He then took my belts and said I won’t get them until I have paid him,” Sityata said.

”He has even blocked me on WhatsApp. He says he will only unblock me once I have paid him. He claims that I owe him R30 000, that’s a lie. I don’t owe him a cent. Harry asked me to leave my home in Mdantsane and come stay at his place in Johannesburg. Now he claims I owe him money for rent.”

Meanwhile, Ramogoadi-Manaka, whose former boxer Lerato Dlamini left him for Nathan in 2015, disputed the amount of money Sityata mentioned.
“I couldn’t have said R30 000 because he was fighting for R60 000 and 25 percent of that is R15 000. I’ve got a recording of him saying that he’s paying me less than what I should get for a number of reasons, which were non-existent. He was being silly,” Ramogoadi-Manaka said.
“He left his belts here. I said to him that he must not send people here because he ran away with the money. I asked him to bring the money so that he can get his belts. I don’t want these belts because they are not mine.
“There’s a guy called Chris (Mbali), who was helping us promote Lwandile. Chris has intervened and has promised to bring the money. Lwandile is out of order. We are sorting out the mess Lwandile created. Chris is going to pay this money out of his own pocket.”