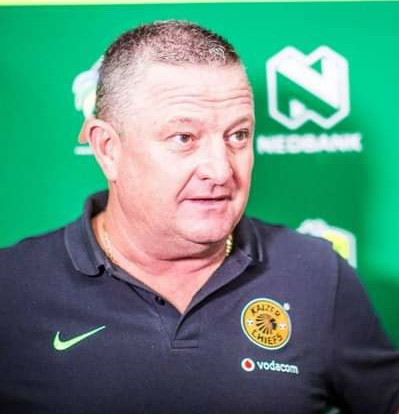 Gavin Hunt reckons that poor defence let Kaizer Chiefs down during their 1-1 draw with Swallows FC in a DStv Premiership match at the FNB Stadium in Nasrec on Wednesday evening.
The Chiefs coach was referring to Swallows’ goal, which was scored by Kagiso Malinga after two Amakhosi defenders failed to close him down. Leonardo Castro replied for Chiefs to earn a point from the clash.
“Poor defending. Unbelievable missed opportunities again. We got ourselves on the back foot. Disappointed, even before they scored we had good domination,” Hunt said.
The point earned from the match took Chiefs’ points tally to 30 as they continue to battle to get into the top-eight bracket. Amakhosi, who face Black Leopards in Thohoyandou on 26 May, are 10th on the log.
While Hunt decried poor defence, his Swallows counterpart Brandon Truter moaned about lack of quality in the final third.
“So many promises in the last third. Lack of final quality. A bit frustrating, I think we could have done better. Lack of quality in the final third,” Truter said.
“We scored first. On so many occasions we scored first. But we know what needs to be done. Unfortunately, we are in a period where we can’t do much.”
This was the Dube Birds’ record 17th draw this season. They are the club with the most draws in the Premier Division. The Birds, who are fifth on the Premiership table with 41 points, are going to welcome Stellenbosch FC at the Dobsonville Stadium on Tuesday.