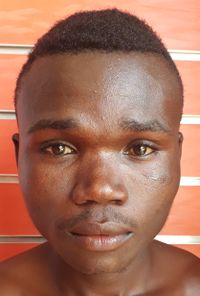 Tanzanian boxer Hamidu Kwata failed to make weight for the second time in two months.
Kwata, who was due to face Simphiwe Konkco at the Booysens Boxing Gym in Johannesburg on Saturday, failed to make the weight during an official weigh-in on Friday.
This is a blow to former world champion Konkco, who hasn’t fought since his loss to Thai boxer Chayaphon Moonsri in 2019.
The Tanzanian did the shameful thing when he was due to face Hekkie Budler in Secunda in March. His fight against Budler was called off as a result of him failing to make the weight.  Meanwhile, Budler and his opponent Jonathan Almacen from the Philippines made the weight.
Six-time world champion Budler and Almacen are going to fight for the World Boxing Council (WBC) Silver International junior-flyweight title.