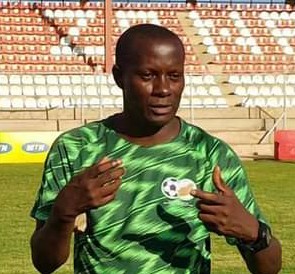 Helman Mkhalele has called for the South African Football Association (SAFA) and the Premier Soccer League (PSL) to work together to help Bafana Bafana.
The Bafana Bafana assistant coach believes that synergy between SAFA and the PSL is crucial in Bafana Bafana’s attempts to qualify for the 2022 FIFA World Cup finals in Qatar.
Mkhalele is one of Bafana Bafana coach Hugo Broos’ two assistants together with Cedomir Janevski.
“The PSL and SAFA must work together for the best of South African football. Players are going to return to their clubs in July and the season will start in August. That’s gonna have a negative effect on Bafana Bafana as we have to prepare for our World Cup qualifier against Zimbabwe in September,” Mkhalele said.
“I wish the new season can start early so that we can have fully fit players by the time we face Zimbabwe. The Qatar qualifiers are crucial.”
The former Jomo Cosmos and Orlando Pirates midfielder was in charge of Bafana Bafana when they beat Uganda 3-2 in an international friendly match at the Orlando Stadium in Soweto on Thursday evening.
Mkhalele took over the coaching of Bafana Bafana in the absence of Broos, who’s back home for a second jab of the COVID-19 vaccine. Janevski couldn’t make it to the match after testing positive for COVID-19.
“The boys we had against Uganda did well, but we have to admit that most of them don’t have international football experience, which is going to be needed during the Qatar qualifiers,” the former Bafana Bafana star said.
Bafana Bafana are in Group G together with Zimbabwe, Ghana and Ethiopia. They play both Zimbabwe and Ghana in September and the face Ethiopia in October.