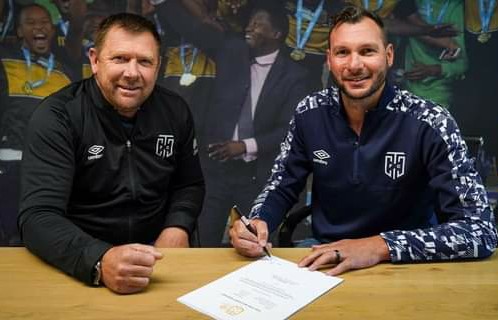 Cape Town City have concluded the signing of former Bafana Bafana number one goalkeeper Darren Keet.
Cape Town-born Keet is set to compete for the number one jersey with Marc Anderson, who made his Citizens debut after the departure of Dutch goalie Peter Leeuwenburgh late last season.
The 31-year-old Keet played for Cape Umoya United in the GladAfrica Championship last term.