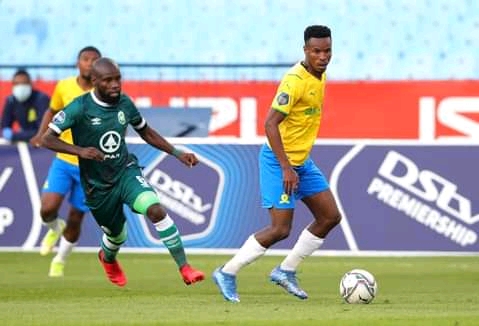 Mamelodi Sundowns began their defence of the DStv Premiership title with a 1-0 win over AmaZulu at Loftus Versfeld in Pretoria on Friday evening.
The only goal of the match was scored by Themba Zwane from the penalty spot a minute before half-time.
This was after Usuthu defender Thembela Sikhakhane had fouled Peter Shalulile inside the box.
Zwane became the third player to score in the opening day in three successive seasons. The late Thabang Lebese was the first to do so during the 1996/97, 1997/98 and 1998/99 seasons. Lerato Chabangu also achieved the same feat during the 2012/13, 2013/14 and 2014/15 seasons.
Usuthu had a bright start in the second stanza as they took the game to the Brazilians while searching for an equaliser. However, their efforts came to nothing as they found the Sundowns defence wide awake.