UGAS PULLS AN UPSET AS HE DEFEATS PACQUIAO 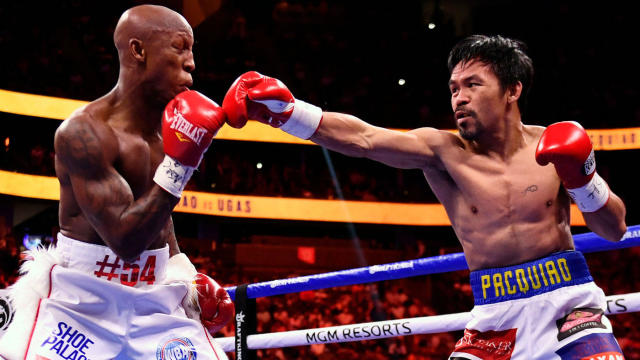 Cuban boxer Yordenis Ugas caused an upset as he outpointed veteran Manny Pacquiao at the T-Mobile Arena in Las Vegas, United States, on Saturday evening (Sunday morning South Africa time).
One of the judges scored the fight 115-113 while the other two had 116-112 on their scorecards as Ugas successfully defended his World Boxing Association (WBA) ‘Super’ welterweight crown.
Few thought the 35-year-old Cuban would prevail against the eight-division world champion. However, Ugas showed the 42-year-old Filipino no respect as he threw more punches on his way to winning the contest.
Ugas, a bronze medallist at the 2008 Beijing Olympics, was a late replacement after Pacquiao’s original opponent Errol Spence Junior pulled out of their fight due to a torn retina in his left eye.