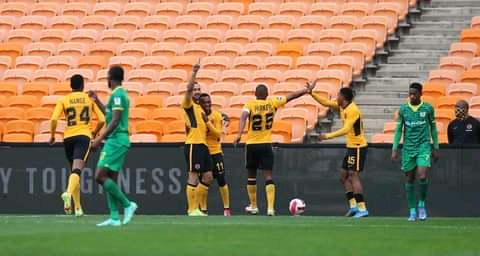 In a match characterised by woeful finishing Kaizer Chiefs beat Baroka FC 2-1 at the FNB Stadium in Nasrec on Wednesday evening.
Chiefs showed more intent as early as the first whistle, but Bernard Parker missed a glorious chance in the first minute with Baroka goalkeeper Oscarine Masuluke in no man’s land.
Khama Billiat opened the scoring in the ninth minute from a Njabulo Blom cross. Daniel Cardoso doubled the score with a header in the 27th minute.
Bakgaga Ba Mphahlele scored through Denwin Farmer in the 59th minute.
Amakhosi should have gone to half-time with more than two goals had it not been their players’ poor finishing. Billiat was the main culprit as he missed a number of clear goal scoring opportunities, especially in the first stanza.