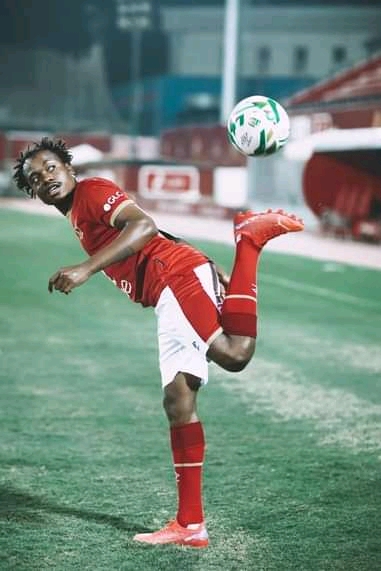 New Al Ahly recruit Percy Tau feels good about joining the Egyptian giants from English Premier League side Brighton and Hove Albion.
Tau, who was appointed Bafana Bafana vice-captain on Monday, joined the Red Devils on a four-year contract last week.
“I’m happy, I’m well. I feel good about myself. I’m proud of myself,” Tau remarked.
“It happened with me that I had to move. The move that came as a surprise to most. To me it was more of playing, game time. Of course, there’s many factors to it. I wouldn’t be sitting here disclosing every detail of it. But I’m happy about it. My family is happy. I know more South Africans are happy because I will get to play.”
Meanwhile, the 27-year-old Tau says he’s honoured to have been appointed as Bafana Bafana captain Ronwen Williams’ deputy.
“It’s an honour and privilege to represent my country. It’s the first time working with the coach. I’m looking forward to it,” the former Mamelodi Sundowns attacking midfielder said.