BOKS AVOID EMBARRASSMENT AS THEY BEAT THE ALL BLACKS 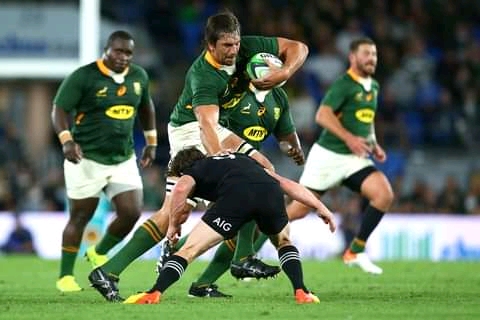 The Springboks finally came good and avoided the embarrassment of recording four straight losses as they beat the All Blacks 31-29 on Saturday.

With the All Blacks having already been confirmed as Rugby Championship winners, the two sides went to the match to play for pride and it was the Boks, who turned the tables on their opponents.

The win came after the Boks had lost three successive matches – two against the Wallabies and once to the All Blacks.

Meanwhile, the Wallabies ended the Rugby Championship on a high beating Argentina’s Los Pumas 32-17 in an earlier match. This was the second straight win the Wallabies recorded against the Argentines. As a result, the Wallabies have won their last four matches.