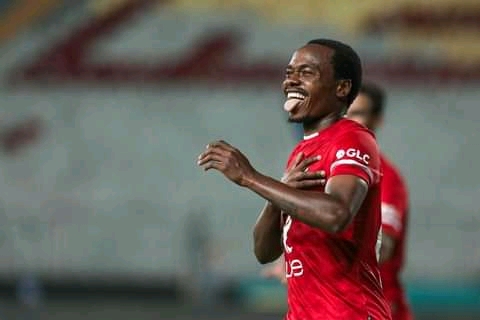 Percy Tau roared as he scored a brace in his Al Ahly debut in Egypt on Wednesday evening.

Tau netted twice in the 23rd and 33rd minutes after Ali Maloul had given the African Club of the Century the lead in the 21st minute. Ahmed Hamdi Abdelkader scored the fourth goal in the 87th minute.