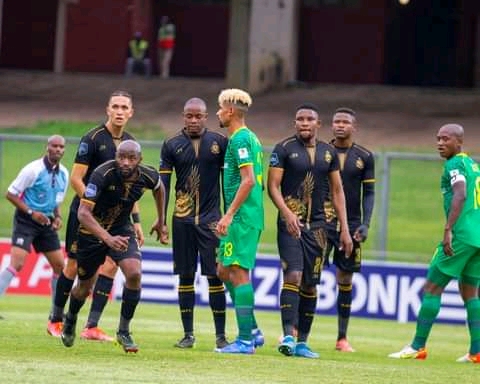 Royal AM and Baroka FC drew 1-1 in a DStv Premiership clash at the Chatsworth Stadium in Durban on Sunday.

Bakgaga Ba Mphahlele broke the deadlock through Bayzel Goldstone in the 12th minute. Goldstone sent in a grass cutter from the D line to beat Peter Nyame in Royal AM goals following Evidence Makgopa’s good move.

Royal AM equalised in the 28th minute when Levy Mashiane finished off Victor Letsoalo’s attempt, which had already beaten Bakgaga goalkeeper Oscar Masuluke.

The home side were reduced to 10 men after match referee Thando Ndzandzeka gave Given Mashikinya his marching orders in the 42nd minute. This was after Mashikinya had kicked Kgodiso Monama in the face.

Meanwhile, Chippa United’s winless run continued as they were held to a goalless draw by Maritzburg United at the Nelson Mandela Bay Stadium in Gqeberha.