IT’S A SERIES WIN FOR THE PROTEAS 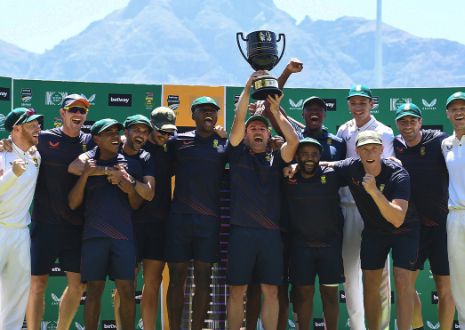 The Proteas have won 2-1 in the three-match Test series against India with a day to spare at Newlands in Cape Town on Friday.

Captain Dean Elgar’s men beat India by seven wickets on day four on Thursday after they were set a target of 212 runs.

Keegan Petersen was key to the Proteas’ win as he knocked 82 runs off 113 deliveries in the third and final Test.