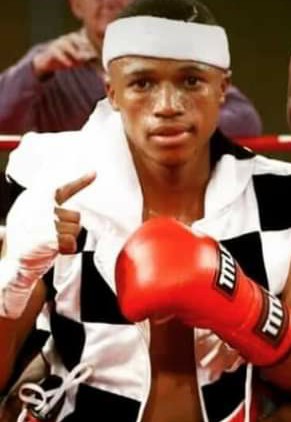 Knockout specialist Sivenathi ‘Special One’ Nontshinga’s dream of challenging for a world title has received a massive boost after the International Boxing Federation (IBF) ordered a junior-flyweight elimination bout between him and Mexican boxer Abraham Rodriguez.

In a letter IBF championship chairman Carlos Ortiz Junior sent last Friday, he ordered Rumble Africa Promotions (RAP) international adviser Colin ‘Nomakanjani’ Nathan, who represents Nontshinga, and
Rodriguez’s representative Sean Gibbons to inform his organisation in writing by Monday whether they are taking this opportunity or not.

Nontshinga, who is third on the IBF ratings, and fourth-rated Rodriguez are the two highest ranked available contenders in the IBF junior-flyweight division thus they have been ordered to clash in an eliminator.

‘‘Within three days or no later than January 11, 2021 you should contact this office in writing advising your availability. In the
event we do not hear from you in writing by 5pm on January 11, 2021 we will assume that you do not wish to participate in this eliminator process and proceed down the list of rankings to the next available contender.’’

Nontshinga’s handlers have gleefully nodded saying that they are indeed taking this great opportunity to make sure that their boxer fights in an elimination bout.

‘‘Yes, we have taken the opportunity,’’ confirmed Nathan on Sunday.

Should both boxers inform the IBF about the desire to fight against each other they will then proceed to a purse bid as per IBF Rule 9 D.

And IBF Rule 9 C says should either contender decline to participate
in negotiations, his ranking will be dropped to below number 10 for at least six months and the next boxer in line will be offered the opportunity to enter the elimination process. Neither fighter can take an intervening fight until the elimination process is concluded.

The 22-year-old Nontshinga, who is soon going to leave East London for Johannesburg, has won all his nine fights by stoppages while 26-year-old Mexican-born Rodriguez has 27 wins (13 knockouts) and two losses.

One thought on “MASSIVE OPPORTUNITY FOR NONTSHINGA”