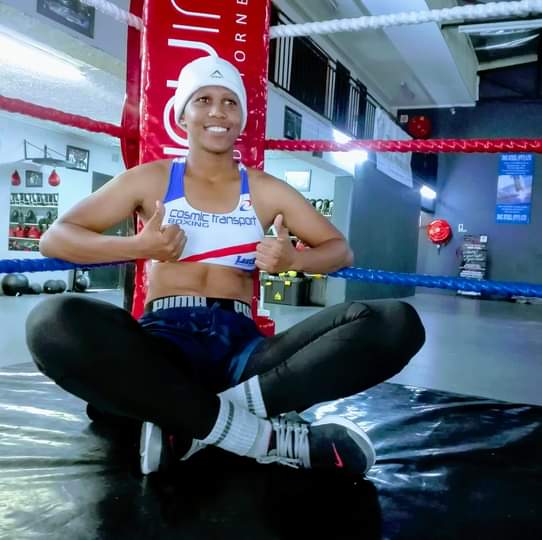 Former female world boxing champion Sharadene ‘Shee Nzow’ Fortuin would go to bed on an empty stomach had it not been for her grandfather’s old age pension and her siblings’ monthly grant.
This is so as the former International Boxing Organisation (IBO) female bantamweight champion has not earned anything because she has not fought since her win over Thema Zuma in December 2018. And as a result of the scarcity of fights, the 26-year-old lass has decided to quit boxing.
The pain of quitting the sport she loves could be heard in her voice while Fortuin speaks about the painful life of being a female boxer in South Africa.
“I have endured enough and my talent has gone to waste. Female boxers are suffering in this country because we are not getting fights,” Fortuin said from her Seymour home in the Eastern Cape.
“Life has been very difficult for me since my last fight in December 2018. I’m back home now and have decided to quit boxing. It’s all thanks to my grandfather’s pension and my siblings’ grant that I’m surviving now.”
Fortuin’s decision to quit boxing is somewhat easy to understand considering the plight of many female boxers in South Africa. Only a few boxing promoters are willing to include female boxers in their bills.