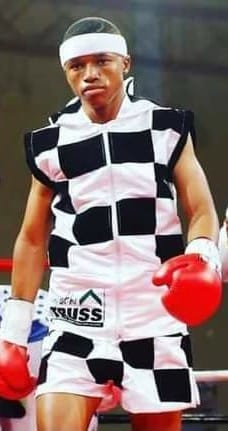 The build-up to Sivenathi ‘Special One’ Nontshinga’s fight against Christian ‘The Bomb’ Araneta from the Philippines is characterised by confidence from both camps.
This, without a doubt, means that fight fans are going to be treated to top drawer boxing when the two fighters clash against each other at the Boardwalk Hotel and Casino in Gqeberha on Sunday, 25 April.
Actually, a confident Thembani Gopheni, who is Nontshinga’s father and trainer, has said that they wouldn’t mind even if they could be asked to get into the ring tomorrow and get on with the business.
Nontshinga and Araneta are going to fight in an International Boxing Federation (IBF) junior-flyweight elimination bout with the winner going to challenge reigning champion Felix Alvarado from Nicaragua.
“We are ready. We wouldn’t say no even if we could be told to fight tomorrow. We have prepared enough for this fight and we know what to expect from our opponent. We are going to continue winning,” Gopheni said.
Araneta and his trainer Julius Erving Junco told the Cebu Daily News Digital earlier this week that they were coming to South Africa to upset Nontshinga. They said that they wanted see if Nontshinga will match his talk with action.
This was after Nontshinga had boldly said that he was going to stop Araneta. The Filipino boxer has been stopped before – in a loss to Mexican Daniel Valladares in Monterey, Mexico, in 2019.