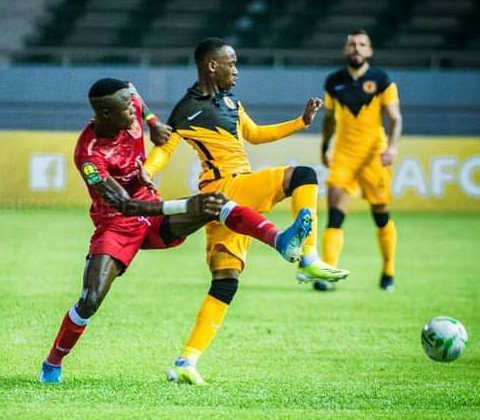 Kaizer Chiefs reached the quarter-finals of the CAF Champions League following a 2-2 draw with Horoya Athletic Club at the General Lasana Conte Stadium in Conakry, Guinea, on Saturday evening.
Daniel Cardoso and Khama Billiat scored for Amakhosi with Yakhouba Gnagna Barry and Sekou Canada netting for Horoya.
Both Chiefs and Horoya finished Group C on nine points, but Amakhosi qualified for the last eight of the competition by virtue of having scored more away goals against the Guinea side. The two sides drew goalless in Johannesburg.