NONTSHINGA’S TRAINER RECKONS EVERYTHING WENT ACCORDING TO PLAN 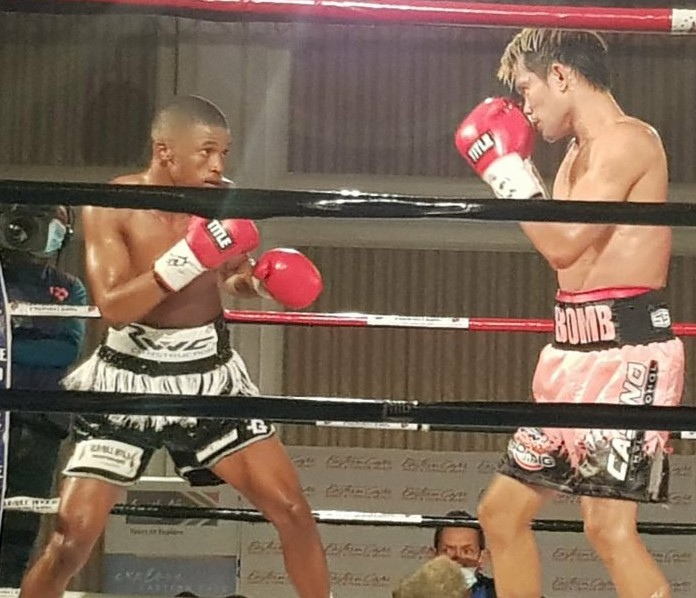 Sivenathi ‘Special One’ Nontshinga’s trainer and dad Thembani Gopheni believes that everything went according to plan during his son’s fight against Filipino boxer Christian ‘The Bomb’ Araneta on Saturday evening.
Nontshinga outpointed Araneta in an International Boxing Federation (IBF) junior-flyweight elimination bout at the Boardwalk Hotel and Casino in Gqeberha. The win means that Nontshinga has earned the right to challenge IBF junior-flyweight champion Felix Alvarado from Nicaragua.
“Remember, we had been in camp for three months preparing for this fight. We watched and analysed videos of Araneta’s fights. We picked up that his left foot had a problem. Our strategy was to jab, go out and use the right angle to make sure that he was uncomfortable. We also  knew that he’s a dangerous opponent,” Gopheni said.
Gopheni also added that they employ different strategies for each an every fight they engage in.
“Fights are not the same, even strategies are not the same. Take for instance this fight against Araneta. Everything we planned worked except some moments around rounds 10 and 11. We didn’t even panic during the 12th round knock down,” Gopheni said.
Nontshinga has now won all his 10 fights with nine wins being stoppages while the other win was the points victory over Araneta.