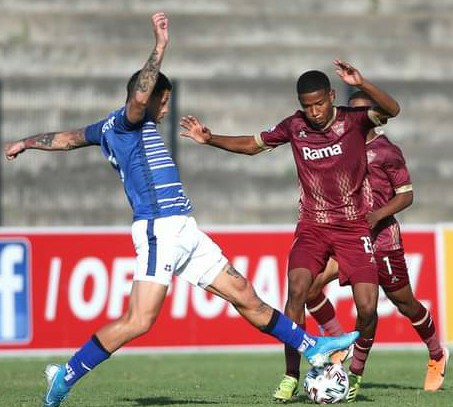 Maritzburg United stole three points during their 1-0 win over Stellenbosch FC in a DStv Premiership fixture on Tuesday afternoon.
The team from the Cape Winelands created many goal scoring opportunities, but failed to convert them during the match.
It looked like the game was going to end in a draw until whistleman Xola Sitela gave the KwaZulu-Natal Midlands side a penalty during added time. This was after Stellies’ Junior Mendieta had handled the ball inside the box.
Team of Choice captain and top scorer Thabiso Kutumela converted the penalty to take his tally to 11 goals.