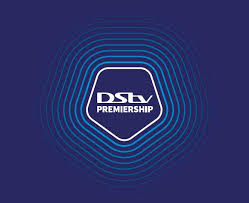 AmaZulu coach Benni McCarthy and his Lamontville Golden Arrows counterpart Mandla Ncikazi will oppose each other for the first time this season when their clubs clash in a Durban derby at the Sugar Ray Xulu Stadium in Clermont on Saturday (15h00).
A lot is riding on this match as it is the first time since the inception of the Premier Soccer League (PSL) in 1996 that the two sides meet in a very crucial encounter like this. Usuthu are second on the DStv Premiership table while Abafana Bes’thende are one place below them.
Already, McCarthy has made it clear that their focus is on themselves and they simply don’t care what happens at other clubs.
“I can’t speak for other teams. For us, our focus is on the next match we play. And we also don’t care what happens in other camps. If they win or lose it doesn’t affect us. We decide our own fate,” McCarthy said.
“We know what we have to do. We have to run more than them. We have more desire. It’s a derby, our past form means absolutely nothing.”
Ncikazi, on the other hand, has commended AmaZulu for being where they are at the moment.
“It’s good that AmaZulu are where they are. It’s good that Arrows are where they are. AmaZulu are favourites. AmaZulu are in a better form than us. We will try and stick to what works for us. I always prefer to play as an underdog. We have never lost against the top six teams,” Ncikazi said.
A win for AmaZulu will take them to the top of the Premiership standings while a loss would be a blow to their dreams of toppling log-leaders Mamelodi Sundowns, who face Orlando Pirates on Sunday.