BRAZILIANS BACK ON TOP 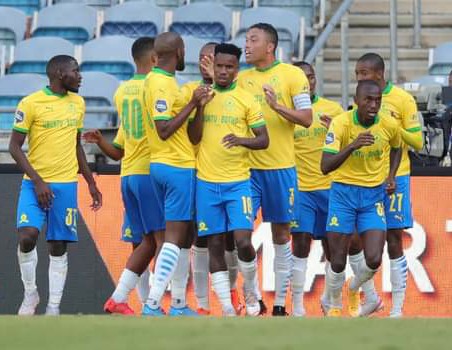 Mamelodi Sundowns are back on top of the DStv Premiership standings following a 3-0 drubbing of Orlando Pirates at the Orlando Stadium in Soweto on Sunday afternoon.
The score was goalless at the end of the first half with Sundowns having had more ball possession.
It looked like the Buccaneers were going to put up some resistance in the second half until Innocent Maela gave away a penalty after handling the ball inside the box. Ricardo Nascimento made no mistake as he converted the penalty in the 57th minute.
That proved to be the beginning of a Sundowns onslaught as the Brazilians made it 2-0 through Peter Shalulile in the 76th minute. Shalulile dispossessed Pirates captain Thulani Hlatshwayo and put the ball past Bucs goalkeeper Wayne Sandilands.
Things went from bad to worse for Pirates when Lyle Lakay rifled home a free kick from outside the box in the 80th minute after Ntsikelelo Nyauza had fouled Gift Motupa.
The Brazilians have collected 51 points from 24 matches while second-placed AmaZulu have 50 points in 26 games.