MNGQITHI HAPPY WITH PERFORMANCE DESPITE LOSS 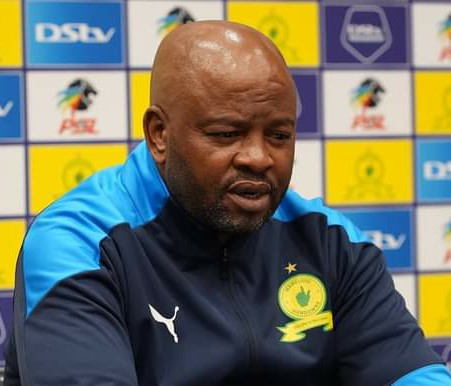 Manqoba Mngqithi believes that his team Mamelodi Sundowns’ CAF Champions League quarter-finals first leg match against Egyptian giants Al Ahly came the way he expected it would be.
This is so despite the Red Devils beating the Brazilians 2-0 at the Al Salam Stadium in Cairo, Egypt, on Saturday evening.
Taher Mohamed and Shalabi Mohsen scored for the Red Devils to give them the lead going to the second leg.
“Like I expected. It was a difficult game. I believe we played very well. I have never seen a team coming to Egypt to dominate Al Ahly. And to see Al Ahly playing a counter attacking game at home was interesting,” Mngqithi said.
“We started the game very well, kept the ball very well. We found spaces. But unfortunately we couldn’t takes the chances we got. We hit the upright. We also missed another header from a corner.”
The Sundowns co-coach added that they played very well in the second half even though they could not create many chances like they did in the first half.
The Brazilians and the Pitso Mosimane-coached Al  Ahly meet again in the second leg next weekend.