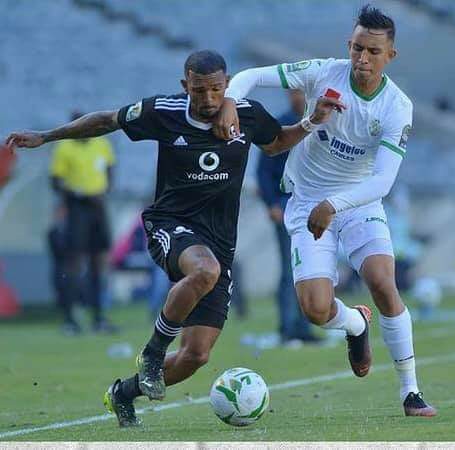 Orlando Pirates and Moroccan club Raja Casablanca played to a 1-1 draw in the first leg of the CAF Confederation Cup quarter-finals at the Orlando Stadium in Soweto on Sunday afternoon.
The Buccaneers went to the half time break leading 1-0 through Moliehi Pule’s goal, which he scored in the 39th minute.
The visitors pressed hard at the beginning of the second half and their efforts were rewarded when Ben Malango from the Democratic Republic of Congo equalised in the 60th minute.
The draw means that Raja continued with their good run against South African clubs having beaten Kaizer Chiefs and Ajax Cape Town before.
Bucs and Raja are going to clash in the second leg, which is going to be played at the Stade Mohammed V in Casablanca next Sunday (18h00).