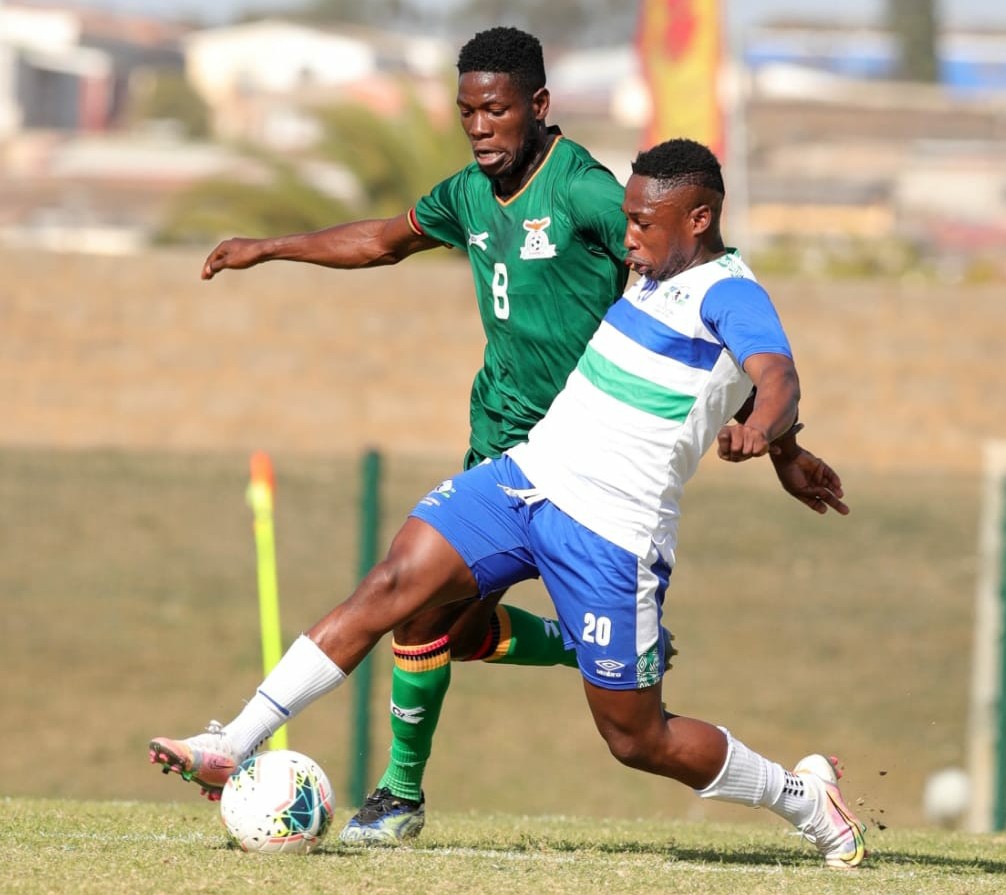 Lesotho’s Likuena scored a famous victory when they came from behind to beat Zambia 2-1 in a COSAFA Cup match at the Isaac Wolfson Stadium in KwaZakhele, Gqeberha, on Thursday afternoon.
Second half substitute Motebang Sera netted a brace to give Likuena their first win over Chipolopolo. The Bloemfontein Celtic striker scored his first goal in the 70th minute and completed his brace 18 minutes later.
Cape Town City forward Justin Shonga had given Chipolopolo the lead in the 29th minute.
Likuena were the better team in the second half and they deserved to walk away with something from the match. This is a bad start for Chipolopolo’s defence of the trophy they won in 2019. It was also not a good outing for Chipolopolo and Mamelodi Sundowns goalkeeper Kennedy Mweene, who was playing in his 124th match for Zambia.