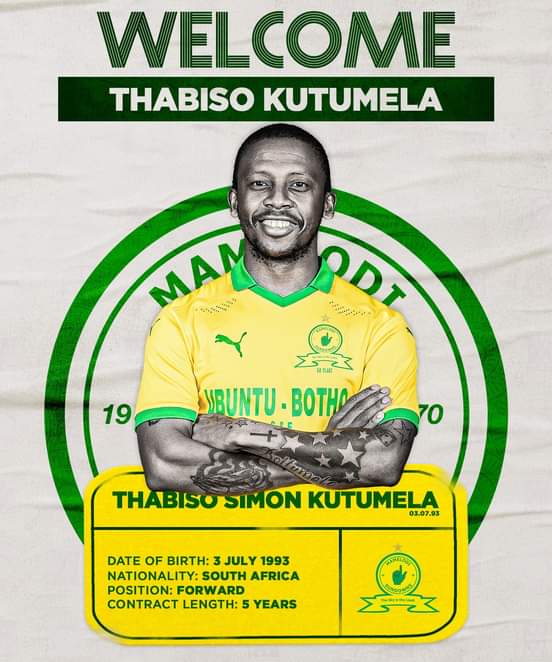 Maritzburg United captain Thabiso Kutumela has joined DStv Premiership champions Mamelodi Sundowns.
The 28-year-old Kutumela from Mokopane in Limpopo signed a five-year contract with the Brazilians.
The former Orlando Pirates and Baroka FC forward scored 12 goals last season. Most of his goals made sure that the Team of Choice remained in the Premier Division.
Kutumela received nominations in the Players’ Player of the Season and Footballer of the Season categories.