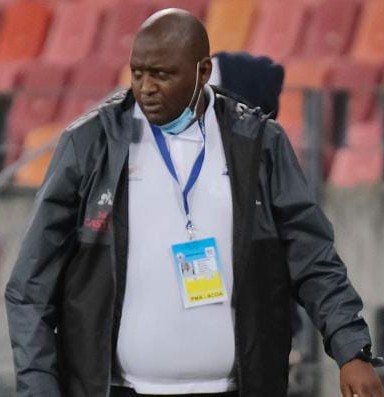 Bafana beat Mozambique 3-0 on Friday to set up a final against Senegal, who beat eSwatini 3-0 on penalties after they had played 2-2 in 90 minutes. The final is going to be played at the Nelson Mandela Bay Stadium in Gqeberha on Sunday.

“It was difficult to sleep. You keep on playing the game in your head trying to find out what you did right, what you did wrong. But at the end of the day, we are all excited that we are in the final and I believe that we have done well up to so far,” Ramoreboli said.

“The boys understand that it is important for us to go back home with the trophy. It’s almost there, just 90 minutes, we are through. We need to keep focused. We remain humble and I believe that we will make South Africans happy.”

Ramoreboli, who took over Bafana after Helman Mkhalele went into isolation following rapid COVID-19 testing last week, has revealed that they had a plan going to the tournament. That plan included making sure that they don’t concede.

Bafana did exactly that as they are yet to concede since the tournament started last week and they hope to keep a clean when they face the Teranga Lions.

“When we first arrived here, we sat down, we knew we had to play six games for the trophy. After each game we scratched off the game we had played,” he revealed.

Meanwhile, Mozambique and eSwatini are going to play in the third and fourth place play-off at the Nelson Mandela Bay Stadium before the final.