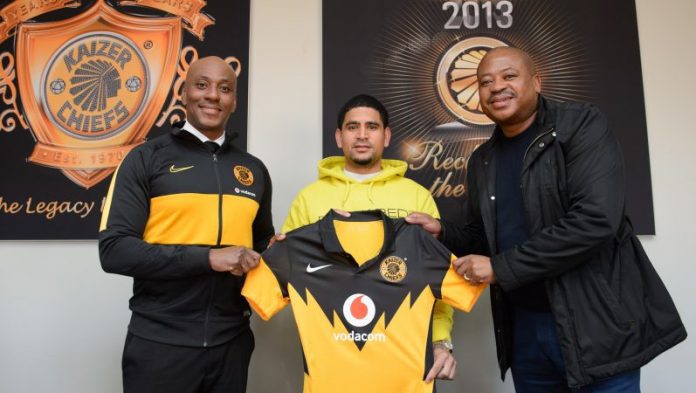 Keagan Dolly’s representative Paul Mitchell has revealed that the attacking midfielder decided to join Kaizer Chiefs because he wanted to be closer to his home.
The former Montpellier, Mamelodi Sundowns and Ajax Cape Town midfielder joined Chiefs on a three-year contract on Tuesday.
This followed persuasion from Amakhosi football manager Bobby Motaung and the club’s sporting director Kaizer Motaung Junior.
“Keagan Dolly had offers from Saudi Arabia, Ligue 2 in France, Turkey and Egypt. The offers in Europe were good, but it was Keagan’s decision to come back home and we were happy with what was presented by Bobby and Kaizer Junior,” Mitchell revealed on SAfm’s Sport On show on Tuesday evening.
“There was an offer from Egypt as late as Sunday morning. In fact, overall there were three offers from Egypt. We know Zamalek and (Al) Ahly wanted him. I’ve been speaking to Ahly over the last 12 months, but it didn’t work out.”
The 28-year-old Dolly, who was born in Johannesburg, values his family more thus it was easy for him to join Chiefs.
“Keagan also has a young baby and has been trying hard to get a South African birth certificate for the child, which has proved difficult. He was also supposed to get married recently, but that had to be postponed. So there are a lot of factors that came to play,” Mitchell added during the interview with SAfm.
“We thought about Turkey, but you must also realise that there are issues with finance at some of the clubs. You can’t send a player to a place and then they don’t get paid for a few months. We had to take all these things into account.”