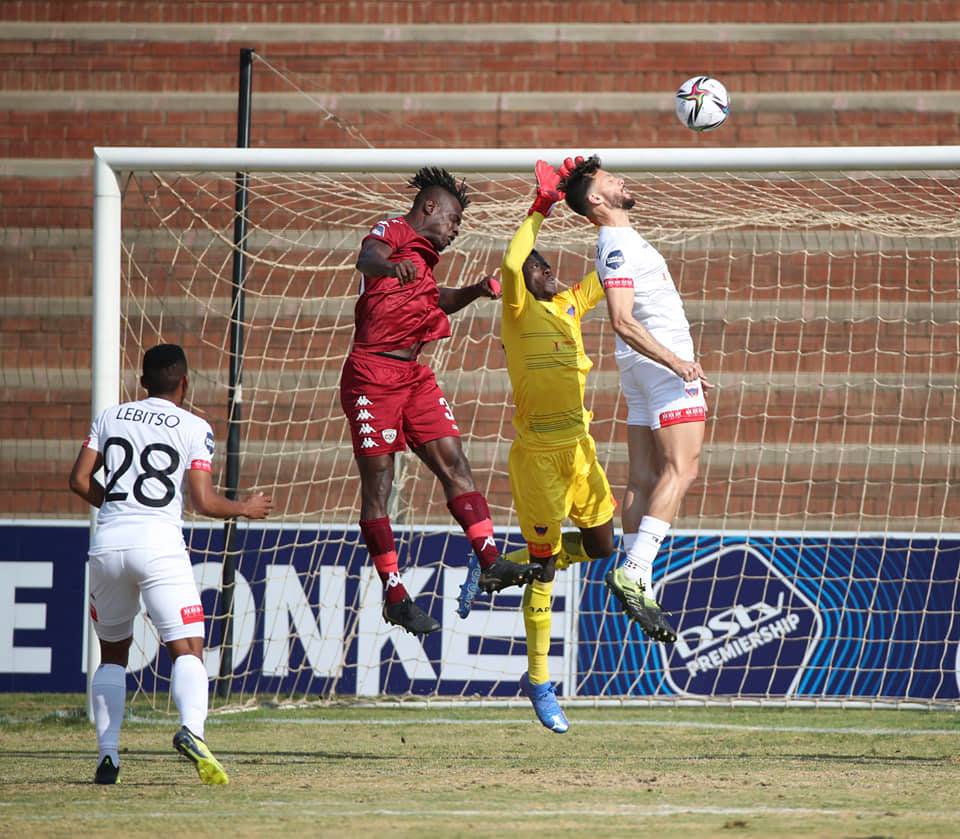 Gavin Hunt started his term as Chippa United coach on a winning note as the Chilli Boys beat Sekhukhune United 1-0 in a DStv Premiership encounter at the Makhulong Stadium in Tembisa, Ekurhuleni, on Saturday afternoon.
Veluyeke Zulu, who was confirmed as a Chilli Boy on Thursday, scored the only goal of the match in the 16th minute. The 26-year-old Zulu joined the Chilli Boys from GladAfrica Championship club Richards Bay FC.
Babina Noko kept the Chilli Boys under pressure for most of the match, however they failed to breach the Gqeberha-based club’s defence.
Meanwhile, Lamontville Golden Arrows beat their provincial neighbours Maritzburg United 2-1 at the Princess Magogo Stadium in KwaMashu, Durban.
Siboniso Conco opened the scoring for Abafana Bes’thende in the 55th minute with the second goal coming from Siphamandla Sabelo 13 minutes later. Lelethu Skelem pulled one back for the Team of Choice in the 86th minute.