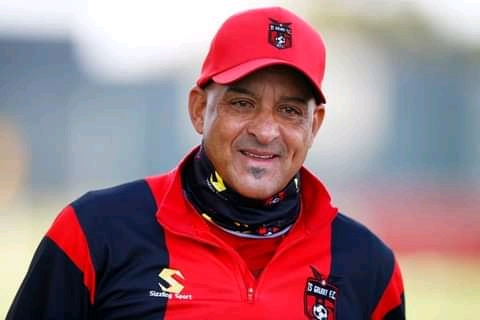 Owen da Gama is satisfied that their plan to contain Kaizer Chiefs worked during TS Galaxy’s goalless draw with Amakhosi in their DStv Premiership opener at the Mbombela Stadium in Nelspruit on Sunday evening.
The Rockets coach has said that they made sure Amakhosi players struggled to make crosses during the match.
“I thought from a tactical perspective we didn’t allow too much crosses, which was good. We played Ethan Brooks slightly out of position and he was not as effective as he could have been, but he did the job for us,” Da Gama remarked.
“Once we matched them aerially, it became very difficult for them. We are quite happy with our aerial prowess. Congratulations to all the players. I think they played themselves well.”
Meanwhile, Chiefs coach Stuart Baxter admitted that they were poor during the clash.
“In principle they played the way we thought. We just weren’t good enough, our quality was poor,” Baxter said.
Amakhosi welcome Baroka FC at the FNB Stadium in Nasrec on Wednesday while the Rockets travel to the Cape Winelands for an encounter against Stellenbosch FC at the Danie Craven Stadium on the same day.