ZULU THANKS TEAMMATES AND TECHNICAL TEAM 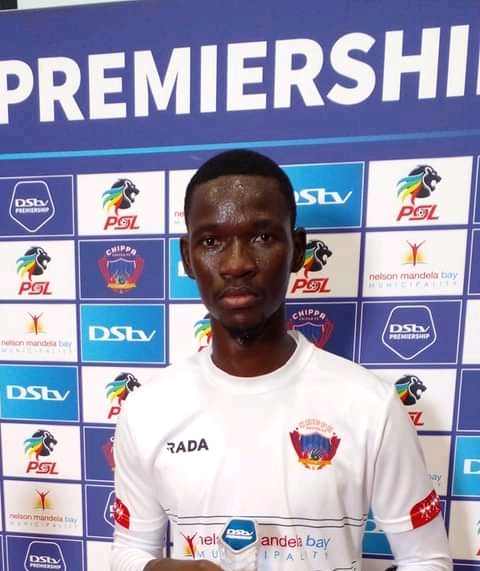 Veluyeke Zulu has had a storming start at Chippa United winning man-of-the-match awards in the club’s first two matches of the season.
And, as expected, Zulu has thanked Chilli Boys coach Gavin Hunt for giving him a chance can to play.
“It’s a good opportunity to play for Chippa United. I have always wanted a chance to prove myself. I want to play football, l want to make history,” Zulu said.
“I would start by thanking my teammates. I wouldn’t have won the man-of-the-match awards had it not been for them. I would also like to thank the technical team for believing in me.”
Zulu was unveiled as a Chilli Boy last week and scored his first goal for the Gqeberha-based side on debut in a clash against Sekhukhune United last Saturday.
And having done well so far, the former Richards Bay FC defender believes that his game is going to improve under Hunt.
“He’s got the experience. To play under him is a big opportunity. Even my game will improve under him,” he said.