TEMBO HAS MIXED FEELINGS FOLLOWING WIN AGAINST TEAM OF CHOICE 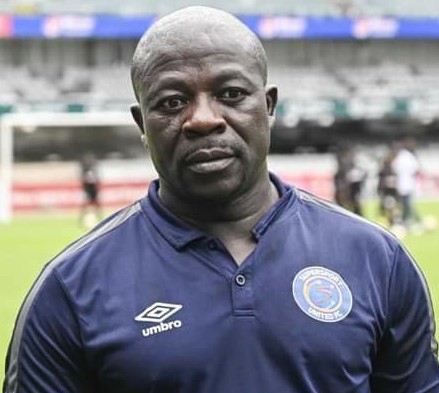 SuperSport United coach Kaitano Tembo feels that his players didn’t exert themselves enough during their 2-1 win over Maritzburg United in a DStv Premiership match at the Lucas Moripe Stadium in Atteridgeville on Saturday evening.

Tembo feels that his boys should not have put their feet off the pedal after Thamsanqa Gabuza had given them the lead. Thathayaone Ditlhokwe scored Matsatsantsa a Pitori’s second goal while Lifa Hlongwane netted for the Team of Choice.

“Look, the first 20 minutes I thought we played well. We played effective football, we got into good areas,” Zimbabwe-born Tembo remarked.

“But after we got a goal I thought we became a little bit sluggish. We were negative in our choice of decisions. Too many back passes that allowed the opponent to get into the game because we were playing in our own half. But second half as well we didn’t start well. It was quite a flat performance from us.”

Despite that, the former Matsatsantsa and Seven Stars defender was, however, happy that they picked up the three points.

“I’m happy with the result because we showed our character that it is never over until it’s over. It was a well deserved three points,” Tembo said.