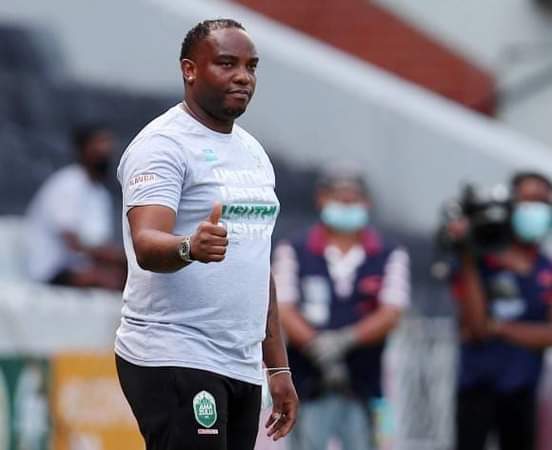 It took AmaZulu five attempts to record their first victory in this season’s DStv Premiership campaign and their coach Benni McCarthy is positive following a 1-0 win over Baroka FC at King’s Park in Durban on Saturday afternoon.

Striker Bonginkosi Ntuli scored for Usuthu to give them the win over Bakgaga Ba Mphahlele. And as a result of the win, Usuthu have moved to seventh place on the Premiership standings with six points from five matches.

“Not in the true AmaZulu fashion, but it showed a lot of different qualities, different characteristics from the team. Sometimes when the opposition team makes it so difficult to play the brand of football that we like to play, we have to find other means and other ways to get around,” McCarthy remarked.

The former Cape Town City coach admitted that Bakgaga were determined to frustrate them during the match thus they had to change the way they played.

“Baroka came here and made it exceptionally hard for us. We had to contain them, we had to match them for the efforts, for the hard work and also try to play the football we like which we found difficult at times,” McCarthy said.

“Every time we got into the opposition’s box we looked like we could score from the moments that we were creating. They kept us out for a good period.”

Usuthu have won once, drawn three times against Swallows FC, SuperSport United and Lamontville Golden Arrows with their loss being inflicted by Mamelodi Sundowns.