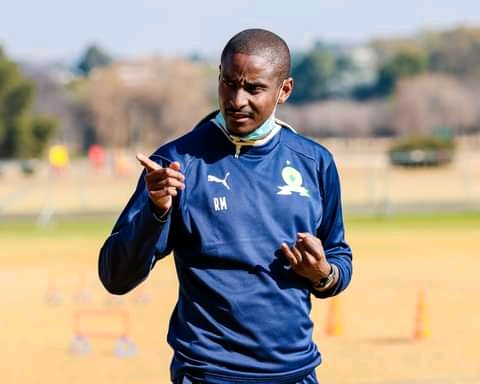 Mamelodi Sundowns co-coach Rulani Mokwena reckons that it was a good display of football when the Brazilians whipped Swallows FC 3-0 in a DStv Premiership match at Loftus Versfeld in Pretoria on Sunday evening.

The Brazilians have now won five matches and drawn one while they are yet to concede a goal.

“The first half we had a couple of very good individual performances. We had the feeling in the first half that we wanted to solve problems on the pitch with just the skill and the technical ability and expression, which is not enough,” Mokwena remarked.

Mokwena added that his players’ performance was better in the second half compared to how it was in the first stanza.

“You need to be a little bit more aggressive, play with more intensity on the turn overs and make sure that the team is not stretched. The second half improved, the intensity was a lot better. The counter pressing was a lot better, the distances were a lot better. We had some good transitional moments,” he said.

Meanwhile, Swallows coach Simo Dladla said that the quality Sundowns have in their squad made a big difference during the match.

“We had a plan and I still have a feeling that the plan worked. We wanted to close the spaces down,” Dladla said.