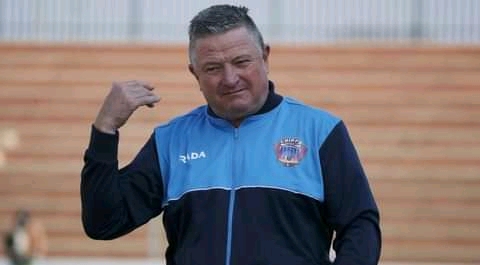 Hunt believes this as the struggling Chilli Boys clash with Swallows FC in a DStv Premiership encounter at Mdantsane’s Sisa Dukashe Stadium in East London on Sunday (15h30).

“It won’t be easy. It’s an ‘away’ game for us. They fly one hour and we travel four hours by bus. It’s obviously not easy,” Hunt said.

The Gqeberha-based Chilli Boys go into Sunday’s match on the back of a 4-0 loss to Kaizer Chiefs away last Saturday.

“We created a lot of chances in that match. However, the scoreline didn’t suggest that,” the former Chiefs coach said.

Both clubs, coached by Cape Town-born coaches, desperately need the three points. The Chilli Boys, who are 14th on the DStv Premiership table, have won once, drawn twice and lost four times while the Dube Birds have one win, three draws and three losses. Swallows are one place above the Chilli Boys.