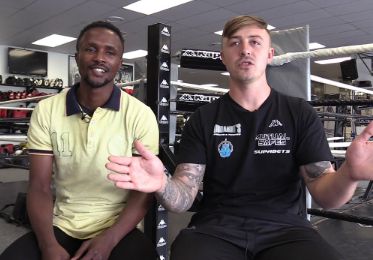 Athenkosi Dumezweni and Lindile Tshemese will meet for the third time when they clash in Johannesburg on Sunday, 28 November.

At stake is the vacant South African junior-bantamweight title, which was vacated by Sabelo Ngebiyana. Dumezweni is rated number two while Tshemese is number one.

The fight between Dumezweni and Tshemese is going to be promoted by TLB Boxing Promotions.

Dumezweni and Tshemese have won once against each other with both fights ending in stoppages. Both boxers have won the SA junior-bantamweight title before.