FUZILE’S CORNER REMAINS THE SAME AS IN WARD FIGHT 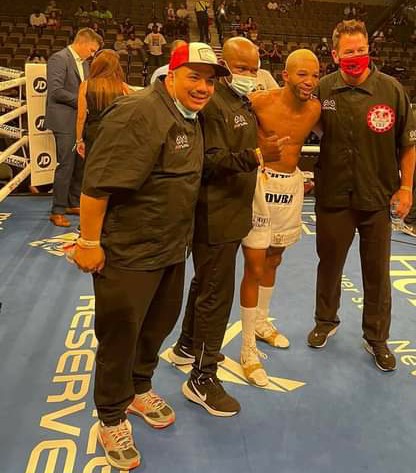 Renowned cutman Jorge Capetillo, who is originally from Mexico, is expected to perform his magic should Azinga ‘Golden Boy’ Fuzile sustain a cut during his fight against Kenichi Ogawa from Japan.

Capetillo was one of trainer Mzamo ‘Chief’ Njekanye’s assistants when Fuzile stopped Briton Martin Ward in an elimination bout held in Las Vegas in May this year. MP Promotions president Sean Gibbons is also going to be a second in Fuzile’s corner just like it was the case in May.

Capetillo runs the Capetillo and TM Boxing Gym, one of the busiest gyms in Las Vegas. The Mexican has worked with reigning World Boxing Council (WBC) heavyweight champion Tyson Fury.

Meanwhile, Fuzile and the other boxers who are going to fight in the Matchroom tournament will have a media workout on Tuesday.

The boxers will then go for testing on Tuesday evening (early Wednesday morning, South African time). This will be done regardless of vaccination status.