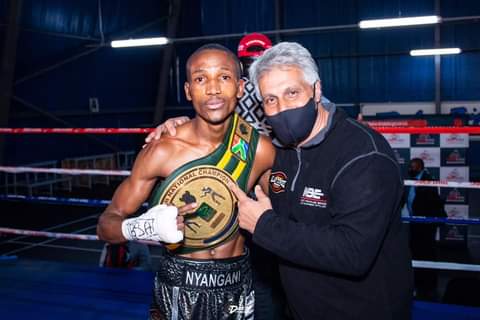 Toweel is going to usher Nyangani into war when he makes the first defence of his South African minimumweight title later this month.

Nyangani, who is originally from Mthatha, faces Gqeberha’s Thembani Okolo in Johannesburg on Thursday, 27 January. This fight is going to be shown on ESPN Africa.

Nyangani won the SA title when he dethroned Siyakholwa Kuse from Mdantsane in East London in July last year.

“He was an underdog against Kuse and we went on to win the fight. He’s now rated eighth by the WBO and ninth by the WBA. This is a serious fight for him and he has to win it,” Toweel said.