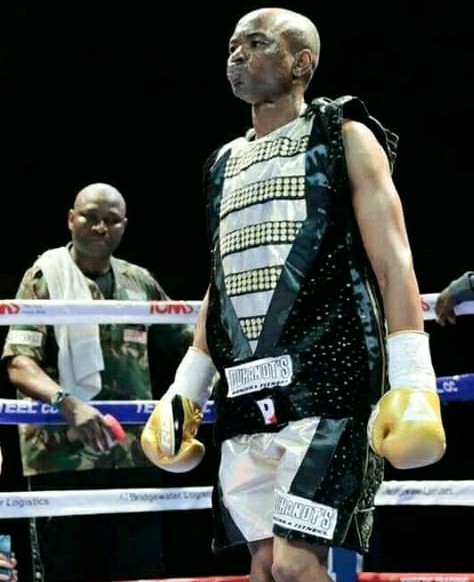 Jackson ‘M3’ Chauke is in bullish mood more than a month before he puts his titles on the line against unbeaten star Luyanda Ntwanambe.
The South African and World Boxing Council (WBC) International flyweight champion faces Ntwanambe in a clash, which pits the old against the young in East London on Sunday, 25 April.
This shootout was scheduled for December last year, but had to be postponed because of the COVID-19 pandemic.
“I love fighting and spoiling unbeaten boxers’ records. I’m coming to East London with my titles and will return home with them after the fight,” Chauke said.
Clearly, the Tembisa-based old horse is relishing squaring up against Ntwanambe. This duel is going to take place just over a month before Chauke celebrates his 36th birthday.
“He can say whatever he wants to say, the truth is that he is not going to win this fight  Many before him have failed and he is also going to fail,” Chauke, who is trained by Damien Durandt, said.
“He is still a young boy. I’m going to teach him a boxing lesson he will never forget. I’m not (Fikile) Mlonyeni. Actually, Mlonyeni is also a young boy. I can fight and beat both of them in one day. I specialise in beating unbeaten boxers.”
Chauke’s hand was raised the last time he fought in East London after he stopped Sihle Jelwana. Chauke has stopped eight of his last 10 opponents, drawn once and lost the other fight.
On the other hand, Ntwanambe has an impressive record of seven wins with four knockouts and a draw.
The Ntwanambe-Chauke clash is going to be on the undercard of the International Boxing Federation (IBF) junior-flyweight elimination bout between knockout specialist Sivenathi ‘Special One’ Notshinga and Filipino boxer Christian ‘The Bomb’ Araneta.