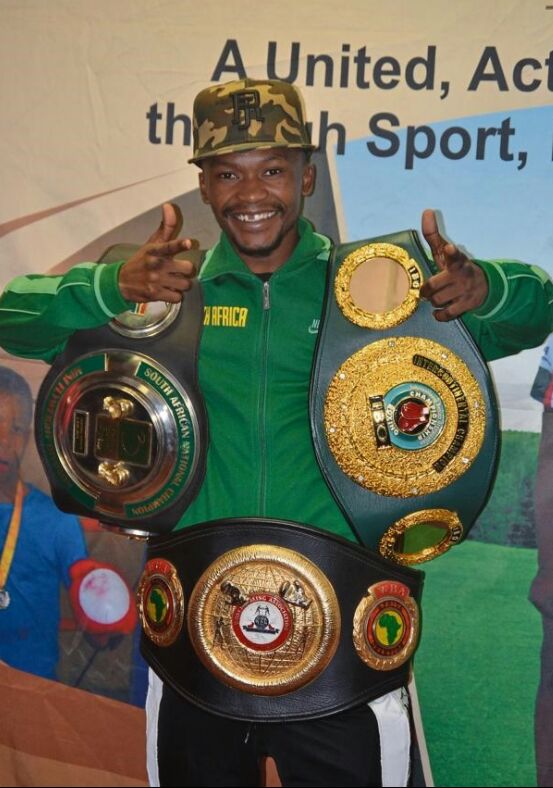 Inactivity continues to give Simphiwe ‘Chain Reaction’ Konkco constant headaches as age is fast catching up with him while fights are difficult to come by.
Konkco, who is going to celebrate his 35th birthday on 26 June, is concerned about the lack of fights. The last time he laced his gloves was during his loss to former World Boxing Council (WBC) minimumweight champion Wanheng Menayothin also known as Chayaphon Moonsri in October 2019.
“It’s still quiet and this is troubling me because I should be fighting more as I’m getting old,” Tsolo-born Konkco said.
With the COVID-19 pandemic having messed up people’s lives including those of athletes, Konkco now earns a living as a personal trainer.
Despite the hardship of not getting fights, the former world champion has pinned his hopes on his trainer Colin ‘Nomakanjani’ Nathan to secure him a fight.
“Colin has assured me that he is working on something for me. I hope that something happens soon,” the former International Boxing Organisation (IBO), South African and World Boxing Association (WBA) Pan-African minimumweight champion said.
Meanwhile, Nathan from Hot Box Gym has confirmed that he is working on securing a fight for Konkco.
“Yes, I’m trying to get him something in the UK, but the issue now is the lockdown. I can’t say exactly when, but I’m definitely working on something,” Nathan said.