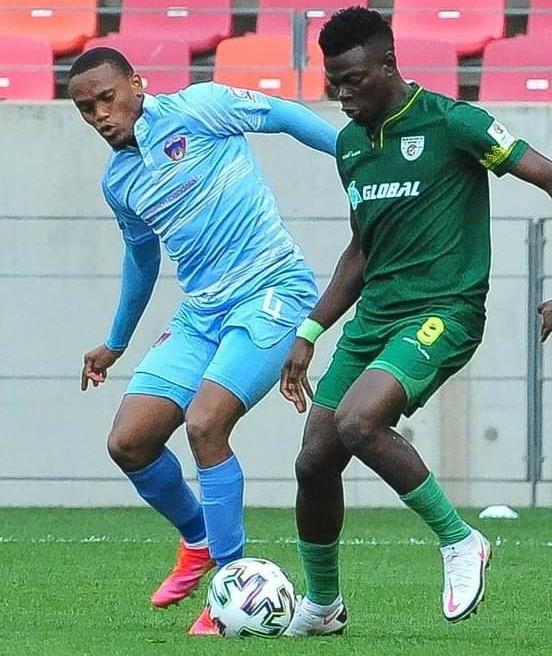 A blunder by Chippa United goalkeeper Ismail Watenga in the first half handed Baroka FC a 1-0 win over the Chilli Boys in a DStv Premiership match at the Nelson Mandela Bay Stadium in Gqeberha on Tuesday afternoon.
With the Chilli Boys playing their usual unproductive back passes, the ball fell on Watenga who sent it straight to Goodman Mosele. The 21-year-old Mosele thanked Watenga by putting the ball past him into the empty net in the 41st minute.
The Chilli Boys tried their best to get an equaliser, but all their efforts were thwarted by the Baroka defence.
The win took Baroka from 11th to eighth position on the Premiership table while the Chilli Boys are trapped in 15th spot.