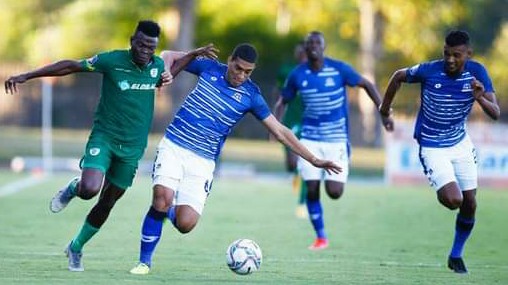 Baroka FC held Maritzburg United to a 1-1 draw in a DStv Premiership match played at the Harry Gwala Stadium on Friday evening.
Team of Choice captain Thabiso Kutumela scored for the KwaZulu-Natal Midlands side while Evidence Makgopa netted for Bakgaga Ba Mphahlele.
Kutumela opened the scoring in the 25th minute when he netted his 10th goal of the season. Eight minutes later, Makgopa equalised for Bakgaga with what was his seventh goal of the season.
This was a fruitful trip for Bakgaga as they collected four points in two successive away matches. They beat struggling Chippa United 1-0 in Gqeberha on Tuesday.