CHIEFS MOVE TO EIGHTH AFTER WIN OVER SUNDOWNS 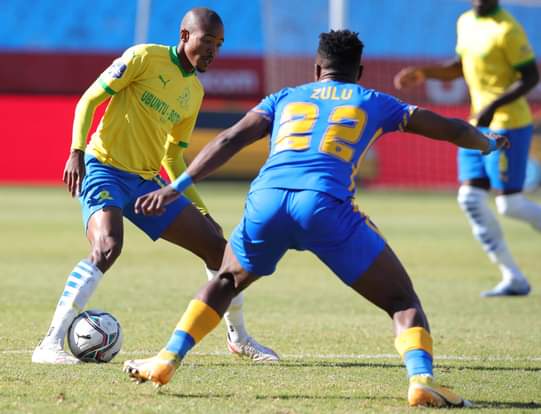 Kaizer Chiefs moved to eighth spot on the DStv Premiership table following a 2-1 win over log-leaders Mamelodi Sundowns at Loftus Versfeld in Pretoria on Sunday afternoon.
Amakhosi, who became the first team to beat Sundowns in Premiership matches this season, came from behind to snatch the win through a Mosa Lebusa own goal and Dumisani Zuma strike after Gaston Sirino had given the Brazilians the lead.
Sirino rounded Chiefs goalkeeper Itumeleng Khune and netted in the 35th minute. Amakhosi equalised after Samir Nurkovic’s cross deflected off Lebusa in the 72nd minute. Two minutes later, Zuma beat an offside trap to net Chiefs’ winning goal.
Celebrations starting from Bobby Motaung on the stands to the Chiefs bench showed how relieved the Amakhosi hierarchy and the coaching staff were. Chiefs have moved three places from 11th to eighth on the log.
Meanwhile, struggling Chippa United were held to a goalless draw by Lamontville Golden Arrows at the Nelson Mandela Bay Stadium in Gqeberha.