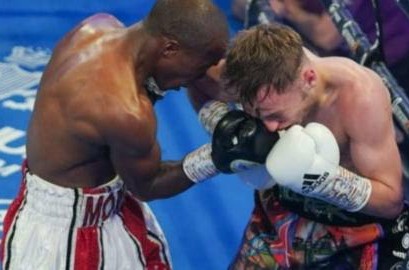 Sunny Edwards became the first boxer to break Moruti ‘Babyface’ Mthalane’s almost 13-year unbeaten run when he outpointed the South African to win the International Boxing Federation (IBF) flyweight champion at York Hall, Bethnal Green, London on Friday evening.
The unbeaten 25-year-old Edwards improved his record to 16 wins while Mthalane dropped to 39 victories and three losses.
Edwards did very well in this fight and it was then no wonder that all the three judges nodded signalling that he had won unanimously. Steve Gray scored the fight 118-111, Bob Williams 120-108 and Ian John-Lewis 115-113.
Before facing Edwards, Mthalane last lost in November 2008 when he was stopped by Filipino boxer Nonito Donaire during a fight for the IBF and International Boxing Organisation (IBO) flyweight belts.