SUNDOWNS COACH ADMITS IT WAS NOT THEIR BEST DISPLAY 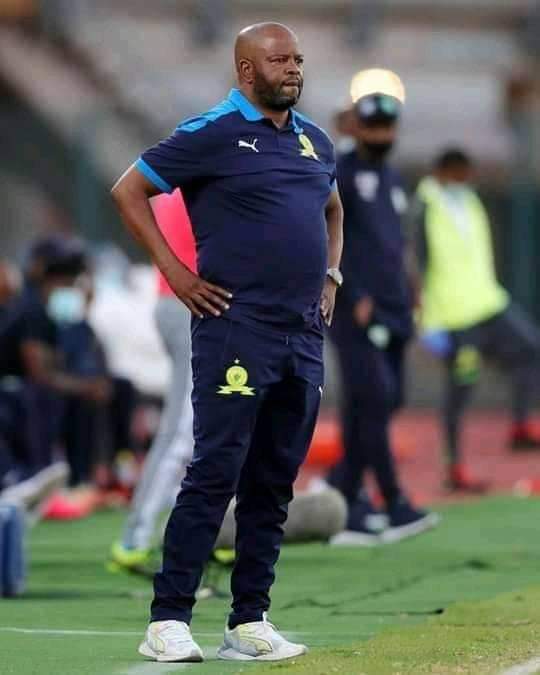 It was not the kind of performance that Manqoba Mngqithi was looking forward to, however the Mamelodi Sundowns co-coach is happy the Brazilians bagged yet another three points after they beat Maritzburg United 2-0 in a DStv Premiership fixture at Loftus Versfeld on Wednesday.
Mngqithi said that his players didn’t dish out their best football because of how the Team of Choice play.
Defender Ricardo Nascimento and striker Gift Motupa scored for the Brazilians, who now have 54 points in 25 matches.
“Not the best, but businesslike we wanted to win the match. We had to give ourselves to the team, we ran. When you play against a complicated team like Maritzburg, it’s not an easy team for anyone,” Mngqithi remarked
“I always tell people that Ernst is one of the top coaches. He may have been unlucky, but his strategies at times can put you off. We knew it was not gonna be an easy one. We had to take the few chances that we got. We were fortunate to get a penalty.”
As usual, the former Lamontville Golden Arrows coach gave credit to everybody at Sundowns for making it possible for them to collect the three points.
“More than anything else, I want to give credit to my technical team, coach Rulani (Mokwena), coach Steve (Komphela), coach Wendell for the clean sheets, the analysts, they are always spot on. The management of the team has been very supportive in all our travels and our journeys. The resources we have at times make it easier for us to compete on all fronts under circumstances that are difficult,” Mngqithi said.
While Mngqithi is happy to win the match, Team of Choice coach Ernst Middendorp lamented the chances they missed during the game.
“They took out four possibilities, they scored twice. We had three, four, we didn’t score at all. You see the difference in terms of quality,” German-born Middendorp said.