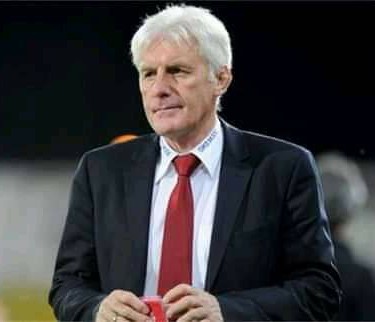 Hugo Broos arrived in South Africa on Monday night to begin life as new Bafana Bafana coach.
The Belgian was appointed new Bafana Bafana coach last week succeeding Molefi Ntseki, who was fired in March after he failed to take the senior South African men’s national team to the 2022 Africa Cup of Nations finals in Cameroon.
The former Cameroon coach’s mandate is to take Bafana Bafana to the 2022 FIFA World Cup finals in Qatar. Bafana Bafana are in Group G together with Ghana, Zimbabwe and Ethiopia. Broos’ men begin their World Cup qualification campaign with an away clash against Zimbabwe.
Broos, who is 69 years old, won the 2017 AFCON tournament with Cameroon. The Indomitable Lions of Cameroon defeated Egypt 2-1 in the final, which was played in Libreville, Gabon.